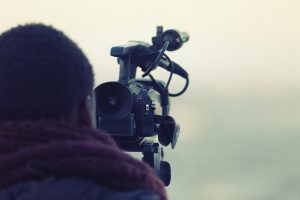 Thinking to pursue your career as a Camera Man? Wondering how much they make? Check out this guide to find out!

There are countless career paths one can pursue nowadays. If you have a passion for photography and operating cameras, then the thought that how much money Camera Men make may have lingered in your mind. Some people think that opting to become a Camera Man as a career path is not going to provide you with financial stability. However, how true is this sentiment?

The salary of Camera Men mainly depends on their job and responsibilities and it is still a popular profession. In fact, you are going to find academies all over the world that provide adequate training to become a Camera Man. So, let’s dive in to see how being a Camera Man fares as a career path.

If you are strictly speaking about Television broadcasting, then an average Camera Man in the U.S makes about $40,000 a year. However, if you look at the direction of bureau survey, then the salary of the best paid Camera Men jumps to $70,000 on average. Moreover, these are not random numbers as the figure was derived after surveying 6,080 Camera Men.

The salaries we mentioned may be sounding decent to some people, but it is not always as bright as it looks. There are also Camera Men who make as low as $18,800$ a year, which can be highly demotivating for some.

The use of CGI in the movie industry has significantly impacted the overall number of jobs for Camera Man. As things are becoming more digitized, this is also a rising concern for people thinking to pursue this profession. 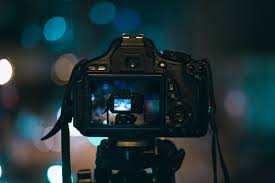 Some jobs as a Camera Operator can be quite hectic, while others are pretty straightforward in comparison. If you are a Camera Man who has to work at public gatherings, events or even weddings, you will continuously find yourself moving. Coverage of such events is not an easy job and by the end of the day, you can find yourself feeling exhausted.

On the other hand, if your job is to stand still with the camera to shoot a play or a movie scene, you will find that less physically demanding. However, both of these jobs have their drawbacks and advantages.

If you are a Camera Man recording public gatherings, you can personally ask the attendees of the event to pose or say a few words in the camera. However, in the case of a Camera Man on a movie set, you only have one shot. You will constantly find yourself under pressure and there’s no room to make mistakes. Even the slightest of mistakes can possibly tick off the director, and you would have to shoot the scene all over again.

In terms of growth, you may feel a bit disappointed; but it is one thing this profession lacks. From 2010 to 2020, the demand for Camera Operators has only increased by 2%. One of the main reasons behind that is automated camera systems. Technology may be a blessing for some, but in this industry, it has become a obstacle due to how it is limiting the number of jobs. In fact, many Camera Operators have to act as a jack of all trades and take up multiple job duties to meet their financial needs.

The good news is that being a Camera Man offers a lot of flexibility. Whether you are covering events or a movie, on average, you would only have to work 15 days a month. Nowadays many Camera Men are moving towards Freelancing.

If you can be successful as a Freelancer, then just by dedicating 10 hours, you can easily make $500~800. However, professional equipment can still be quite costly, so you do not need to cover the money for that. Moreover, a big chunk of your earnings may also go in taxes as well.

The most important part about working as a Freelancer Camera Man is establishing a client base. Once you are able to do that, then you might even make $120,000 a year! This is indeed more than what Television Camera Men with a fixed salary job make. This is one of the primary reasons you often find Camera Men trying to market their services as Freelancers.

Should I Become a Camera Man?

If you are having a hard time deciding whether you should become a Camera Man or not, then it all depends on your passion. While it is true that entry-level Camera Man does not earn much and modern equipment can be costly. In general, it is still a heavily pursued profession. Regardless of how much technology progresses, there is always going to be a place for manual Camera Operators.

If your primary goal is to make millions of dollars a month, then this profession may not be the one for you. However, if it is your passion, then you should not let anything stop you from pursuing it. After all, your top priority should always be to turn something you enjoy into your career.

We hope after reading this guide, it will become easier for you to make the right decision that whether you want to become a Camera Man or not.

Best Point and Shoot Camera under $100