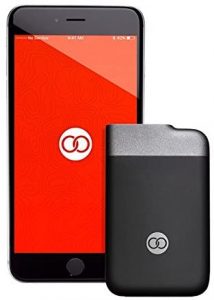 Are you thinking about investing in a Beartooth “two-way” radio for your next adventure? Or are you wondering if your investment would be worth every penny you’ll spend?

Honestly, when it comes to radio, you would want to invest in the best. So, are Beartooth radios really “the best” in the market? If these are the thoughts you’re struggling to answer, then this article is the one for you! Smartphones are the best form of communication, hands down; but when it comes to going off the grid, they aren’t ideal gadgets, considering there’s no Wi-Fi or any other form of connectivity.

If you’re a person who’s always out there on an adventure, you’d prefer a radio which allows you to have smooth off-grid communication. You’ll also want a reliable device to be ready for use at all times. The last thing you’d want is a radio which fails to serve its purpose when it counts.

So now the question arises; should you invest on the Beartooth radio and carry it along with you on your next expedition? Well we’re about to find out!  Whether it comes to portability or an off-grid communication, Beartooth radios are known for their compact size and their ability to connect for up to a 10 mile range. But is that really enough?

This is where we dig deep and look into all the pros and cons of the Beartooth radio has to offer.

Beartooth radios are IOS and Android compatible. It means that it allows you to connect with your loved ones through your cell phones, even beyond the horizon. All it needs is to be paired and connected with your mobile phone.

The device allows you to share your location with your loved ones with an impressive range of 16.1 kilometres! However, keep in mind the range is limited if the line of vision is not clear.

The radio allows you to connect with your friends who are carrying their Beartooth radios via BlueTooth. Beartooth allows you to communicate smoothly without depending on third party hardware, like mobile towers and Wi-Fi connections.

Beartooth radio device features a 3000 mAh lithium-ion battery, which lasts up to four full days. If that’s not all, the device has a feature which allows it to act as a backup battery! This means that it can act as a power bank, allowing you to charge your other devices when need be.

Beartooth functions as a “two way” radio when connected to your smartphone. The range Beartooth radio offers is 2 miles when connected via BlueTooth. It allows you to communicate with your friends and family without the need to connect with Wi-Fi.

The Beartooth radio device does not come along with a charger; although the packaging contains all the cables.

You may find the power switch on the device may accidentally turn itself on while on your backpack, leaving you with a drained battery.

To be honest, there aren’t many cons that can be held up against this gadget! The cons mentioned above are only concerning points so far. However, these concerns are easily outweighed by the pros of the Beartooth wireless device.

Features of the Beartooth Radio Devices

So now, since we have all the pros and cons penned down, let’s look into the features Bluetooth radio has to offer.

The body of the radio is quite compact! Engineers designed this radio for pro athletes such as snowboarders, skiers, climbers, and the people who’re always on the go.

In order to customize it for them, the radio was designed with a dimension of 2.4 inches wide, 0.5 inches thick and 4.0 inches high. To say that it resembles the shape and size of playing cards wouldn’t be wrong! 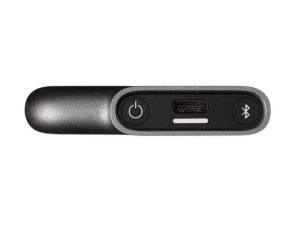 Beartooth radios are basically designed to locate individuals and groups of individuals when a need arises. The device immediately sends SOS signals, leaves a pinned location, and helps in navigation through offline maps.

If that’s not all, the features on the Beartooth devices are accessible through smartphones, Android or IOS, via a free app. Some of the highlighted features on this gadget are GPS location, push to talk or text feature, offline maps, and more.

Beartooth radio gadget also acts as a backup battery. The device allows its user to charge another device via the USB-C charger port.

The handheld Beartooth device comes with a free app that is compatible with Android and IOS devices. This particular app allows its user to stay connected even without any cellular service.

It also has a push-to-talk communication feature which lets you be in touch with your loved ones regardless of you being off the grid. This feature keeps you connected with a distance of up to 1 mile.

Other features of the app include offline maps and sharing of location and text with other Beartooth users for up to 3 miles.

As an additional tool, the Beartooth gadget can perform as a backup battery for other devices. It comes along with a cable that enables you to share its battery if a need arises.

This wireless communicator has an average range of 2 miles and works extremely well in an overcrowded environment. Be it a parade, a festival, or a concert, the overcrowded cellular line does not let Beartooth interrupt your communication.

If you’re on an emergency situation you may find the Beartooth radio is extremely useful if the networking line is jammed or severed. It also has a Mesh networking feature that extends your networking range, allowing you to communicate far from a range of 2 miles.

The message receipt indicator and the last known location feature help your friends keep a track of your location.

Beartooth aims at providing the solution for an uninterrupted, off the grid communication. So far, the wireless handheld radio under the Beartooth umbrella is doing an exceptional job serving its purpose.

So, if you’re out there looking for a ‘two-way’ radio that offers a better point-to-point range, GPS capabilities, durability, and more then Beartooth radio is the one for you! Plus, you get to carry a device that looks much smaller than your average walkie-talkie.